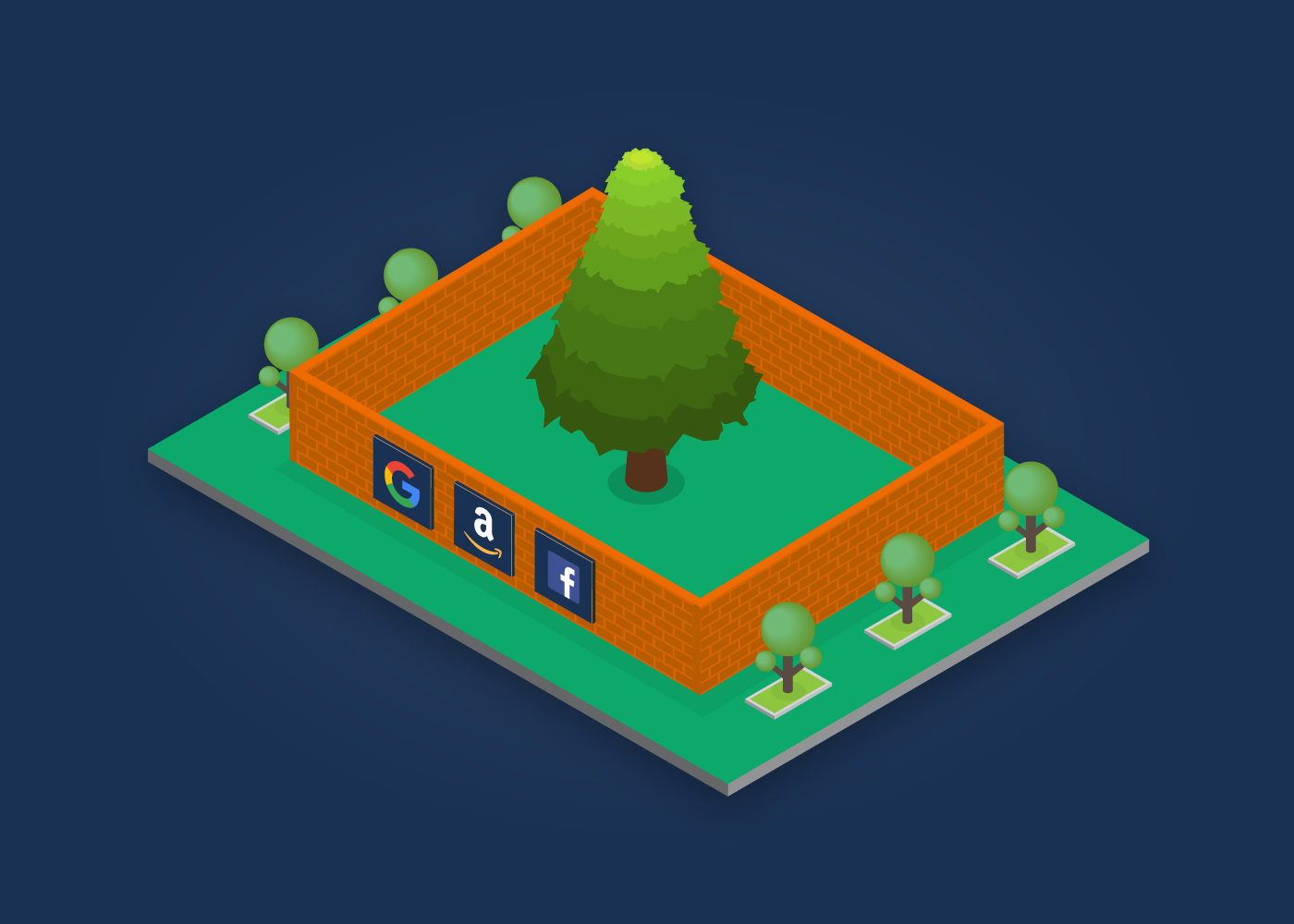 Trying to compete against GAFA? Plant the seed to create your own walled garden this spring

Today, Google, Facebook and Amazon are broadly leading the digital market, having taken over 70% of the total ad spend in 2020 (eMarketer). 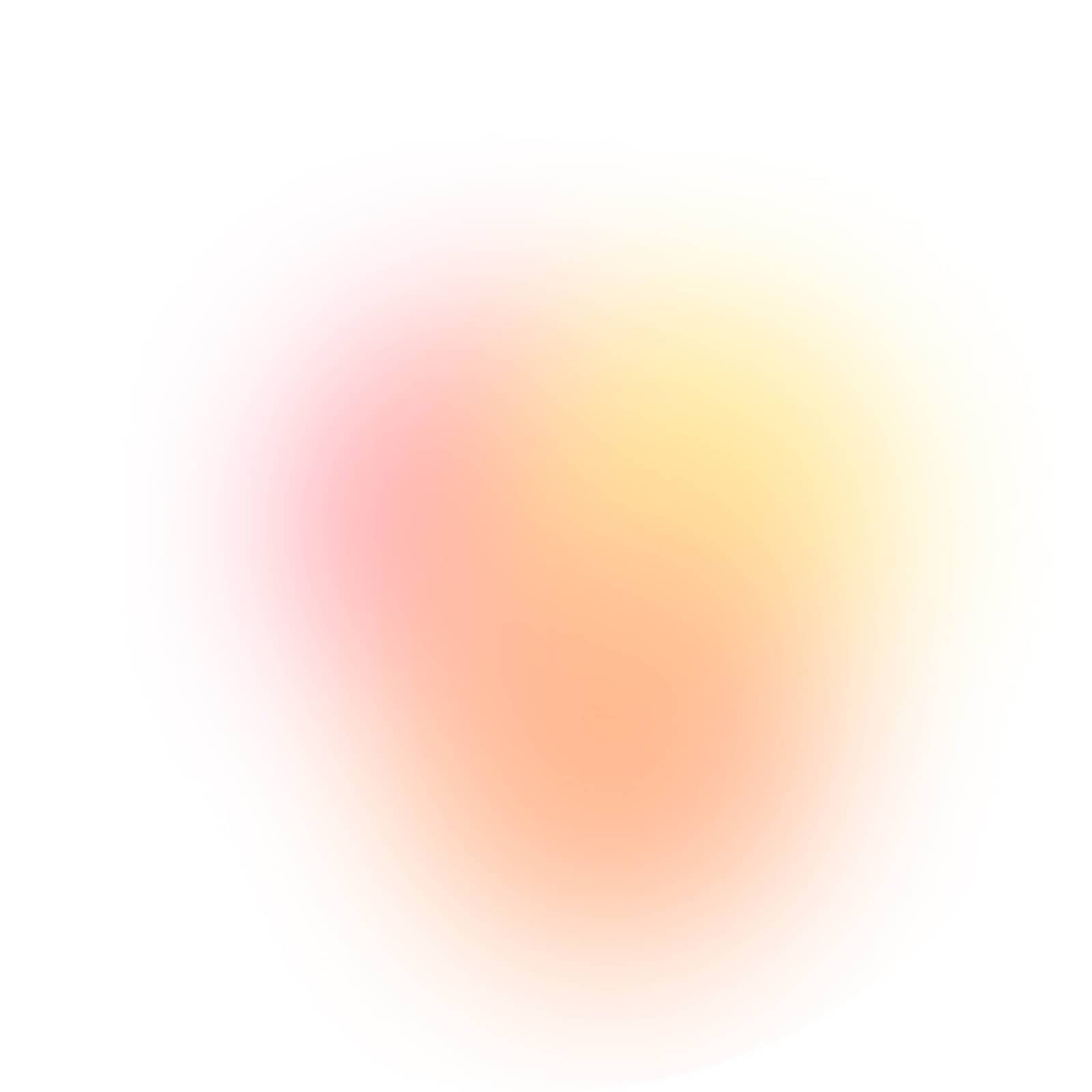 Trying to compete against GAFA? Plant the seed to create your own walled garden this spring

Blog
Trying to compete against GAFA? Plant the seed to create your own walled garden this spring

Some might wonder how these companies can take such a big share of the market while others are left by the wayside, slowly suffocating in very competitive markets, such as traditional publishers/media groups.

There is no single reason, but one of the key factors these companies rely on for success is how they package their marketing services and offer access to their data through a walled garden strategy.

What is a walled garden?

A walled garden is a closed ecosystem in which all the operations are controlled by the ecosystem operator.

A great example from history is the telecommunication industry during its evolution during the 1970s. At that time, only phones manufactured by the telecoms operator themselves could connect to their network. For example, in the USA, Bell System owned all of the phone hardware that its customers used. Buying your own phone wasn’t possible. Things have significantly changed since then :-) …

So, even if history shows us that walled gardens are disappearing in the longer term and being replaced by open ecosystems which eventually bring more value, a walled garden is often the best way to grow a profitable business in the development of any industry.

More recently, we can also cite Apple, which controls the whole iOS ecosystem by retaining overall control over its iOS applications. Their motive is to be included in all the most profitable value chains built on their platform (payments/ads/data/video/music etc).

In the Digital Marketing field, you have built a “walled garden” when you can force your clients to use your whole marketing stack to run their campaigns:

· Your CDP (Customer Data Platform) for audience targeting based on your data;

· Your Ad server to deliver ads on your targeted inventory and audience;

The real magic of this approach is that even if you provide all the features needed to manage campaigns, you don’t allow your customers to export any data. You only give them the aggregated metrics that you have measured. This is the key to stopping data leakages. In a cookieless and IDFA-free future, building your own walled garden becomes even more important, because users need to log-in and most of them give their consent to be targeted thanks to email hashing. Walled gardens were the winners in the past world and will be even more important in the near future.

In this case study, let's analyse Facebook's walled garden to see how they managed to make such a difference in the market. We’ll consider the advantages of this strategy at each step.

In general, there are 3 simple steps to a re-targeting campaign:

1. How to track users and build audience

To track a user, an advertiser can either:

With option 1, the advertiser alone is aware of its users’ behaviour on its own website. The advertiser can then decide whether he wants to share this data, how, which data exactly and with whom.

With option 2, the partner (e.g. sales desk, re-targeting platform or walled garden provider etc) holds the information of users actions and can reuse it later for its own segments/recommendation engine/look-alike/data reselling activities/etc.

As Facebook is a walled garden, option 2 is recommended as you’ll have to share sensitive information such as your user’s emails, names, user interactions and behaviours (events) to get the best “campaign optimisation.” Put simply, their offer is: “The more you feed me data, the less your campaign will cost.”

This seems to be a deliberate choice to force advertisers and publishers to embed Facebook tracking pixels on their websites, CDPs and CRMs so that they can gather even more data than what their social media is tracking by looking at the user navigation/profiles on various websites.

This is the first benefit of the walled garden: they gather new data each time someone uses them. No exceptions.

2. Expose them to a marketing message

To publish an ad on Facebook, you now have to use their own in-house DSP system. There is currently no other option.

For advertisers, it means that they have to use another tool in their marketing stack, which can be troublesome. But for Facebook, it makes a huge difference:

3. Monitor the performance of the campaign

While it is the area in which Facebook is being the most open, being the main reporting tool to track the performance of a campaign on its own network offers Facebook a lot of opportunities.

Firstly, it is very difficult to compare the performance of a Facebook campaign with another marketing network/tool, as the indicators of the different systems are always slightly different in their definitions and methods of calculation. This means that their walled garden is infrequently put in competition with other marketing service providers.

Secondly, it gives much less transparency about what it is really happening and can lead to mistakes not being detected in time. For example, it is well known that Facebook miscalculated their average video viewing time for 2 years without having been challenged by any other reporting tool (source).

Last but not least, it isn’t possible to get the detailed export campaign logs from Facebook. If Advertisers want to calculate their campaigns attribution (e.g. the true impact of the campaign in terms of generated sales), they have to give to Facebook the list of all their buyers so that Facebook can calculate the ROI of the campaign. Again, this provides Facebook with more data about the advertisers’ customers.

From selling CPM to offering a complete marketing service

CPM means cost per mile. This is the amount an advertiser pays a website per one thousand visitors who see its advertisements. When you’re selling CPM, you’re pricing your marketing service based on your output (how many ads you can display) but not based on your outcomes (how much revenue you generate).

By pricing based on the outcomes, you can generally price higher and make a better margin as your value proposition is clearer for the buyer.

Did you know that a few years ago, it was possible to buy ad slots with CPM on Facebook’s inventory using a 3rd Party DSP? It was at a time when Facebook was building its “demand” by attracting people onto their platform.

It was a smart move to capture and lock both demand and advertising budget spending through 3rd party DSPs, but it was only a first step before going further and implementing the walled garden in its final form.

When it did so, Facebook changed its value proposition; it was no longer selling inventories and audiences (e.g. CPM), it was now selling a full marketing service with audience modelling, AI optimisation, attribution reporting, etc.

And by so doing, Facebook increased its price and its revenue.

Why build a walled garden now?

Some people are saying that the end of 3rd party cookies or the challenge around IDFA, combined with new privacy laws could mean the end of targeting. But as brands will still need to conduct efficient advertising, and as the budget required to target buyers will necessarily increase due to the end of 3rd party cookies, their transition from the open web to walled garden should accelerate. This is especially so for the brands that are able to log-in a high number of users and get their consent for ad targeting.

The technical & legal changes that are affecting the targeting industry will motivate and accelerate the evolution towards a Walled Garden. Besides, this necessary evolution does not concern merely the media groups, but also any large B2C company for whom customer loyalty is essential, which is the case of all companies in the sectors of eRetail, Telecom, TV or mass transportation.

Ok, looks great. So, how can I build my own walled garden?

If you are a publisher and/or if you have access to significant data through your business (websites/apps/services), the walled garden is the best approach to monetising your inventory and data as explained earlier with the case study.

Business wise, building a walled garden is a challenge. It requires you to have the size and the power of negotiation needed to sell a new private advertising network to advertisers. This was “do-able” for Google, Facebook and Amazon but it is way more difficult for a smaller company/publisher. Even Twitter has had some issues with its own walled garden.

In order to reach the required size, the current market trend that we are seeing at mediarithmics is opting for a “data alliance” of publishers/data collection companies (eCommerce, Retail, Telecom, …) to combine their data and inventories. This may allow these businesses to reach the necessary size to enter the market. We are helping the French “Gravity” Alliance (>100+ French publishers sites/apps) which is building its own walled garden using our technology.

Technically speaking, it means that you have to build/source your own marketing stack (CDP/DCO) so that you can offer advertisers what the other walled garden providers are offering (tracking people, exposure, monitoring the whole performance of campaigns).

The key here is to be able to offer the complete range of services that advertisers require. If you have to integrate with 3rd party providers (CDPs/DMPs/DSPs/DCOs), you’ll have breaches in your walled garden. As the AdTech/MarTech market is still very fragmented, it can be a nightmare to assemble all of these pieces (integrating different solutions, sourcing or developing part of them in-house, etc.). If you are looking for an integrated platform (CDP/DCO) that is open by design (API first) and has experience supporting such projects, feel free to reach out to us.

We have so much to achieve together.

Absolutely, show me how!